Home / General / Is your vehicle Fan belt making unbearable sound? Here is what you should do.

Do you ever hear a loud screeching noise when you start your car? Do you find that it seems to be getting worse and lasting longer as time goes on? A squeaky fan belt in your vehicle’s engine can be annoying and embarrassing. It may happen for a number of reasons, and it’s not something you want to ignore. Fortunately, there are a few options when it comes to attempting to quiet it down.

What Does the Fan Belt Actually Do?

In order to explain why you may suddenly be hearing your fan belt, we must first explain what it actually does.

First of all, different vehicles have different belt systems. It may have one longer serpentine belt or multiple smaller accessory belts. The belt or belts have the important role of transferring the rotational energy created by the engine to its vital accessories. In this way, the belt keeps your fan, air conditioning, power steering pump, water pump and alternator working. It also indirectly keeps your battery from dying as that is a role of the alternator. 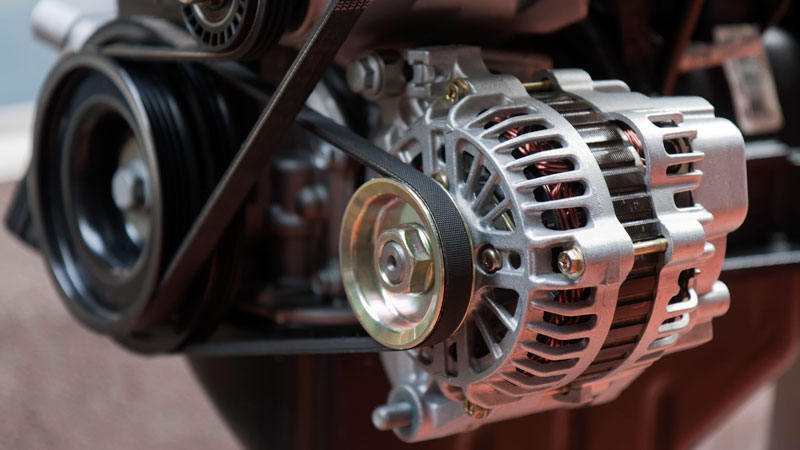 If your fan belt breaks or falls off, these components will eventually fail, potentially leading to much bigger issues. A.K.A: it’s important.

Why Is It Making Noise?

The sound of a squeaky belt in your vehicle’s engine is usually because the rubber belt is slipping on the metal pulley. Similar to when your tires squeal on the pavement, this slip causes a dreadful noise.

This may be occurring due to any number of factors, including the following:

What You Can Do About It:

The first thing you should do if you start to experience a noisy belt is to do a thorough check of your vehicle’s entire belt system. 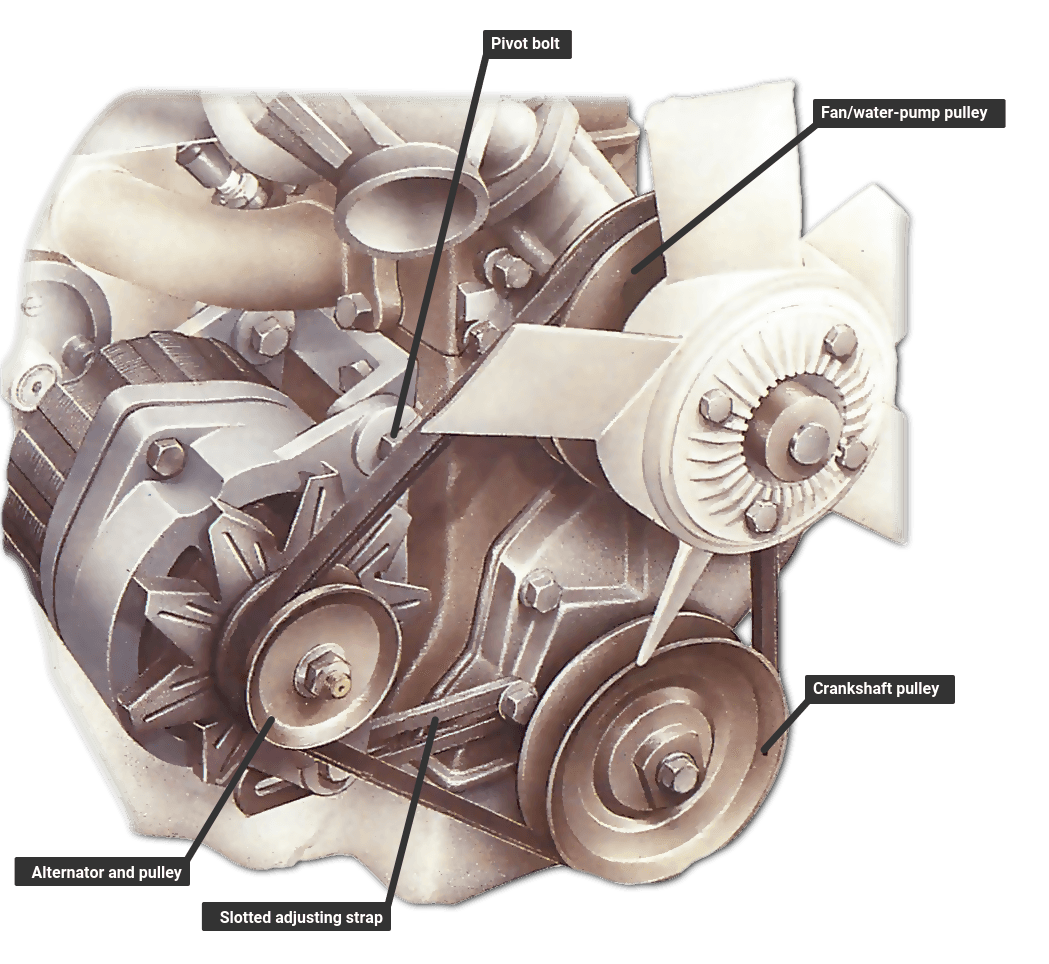 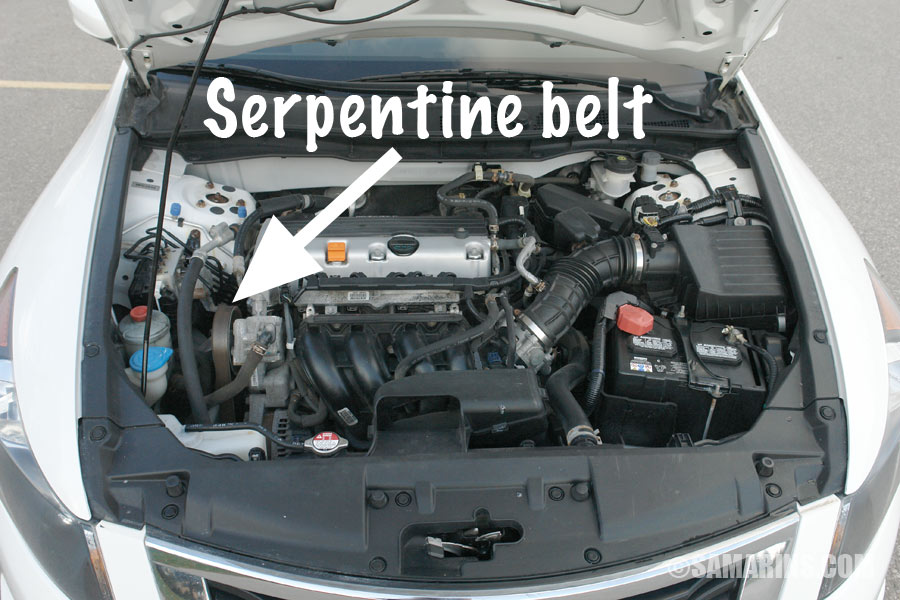 If there doesn’t seem to be any issues indicating the need for an immediate belt replacement, there are a couple of simple things you can try.